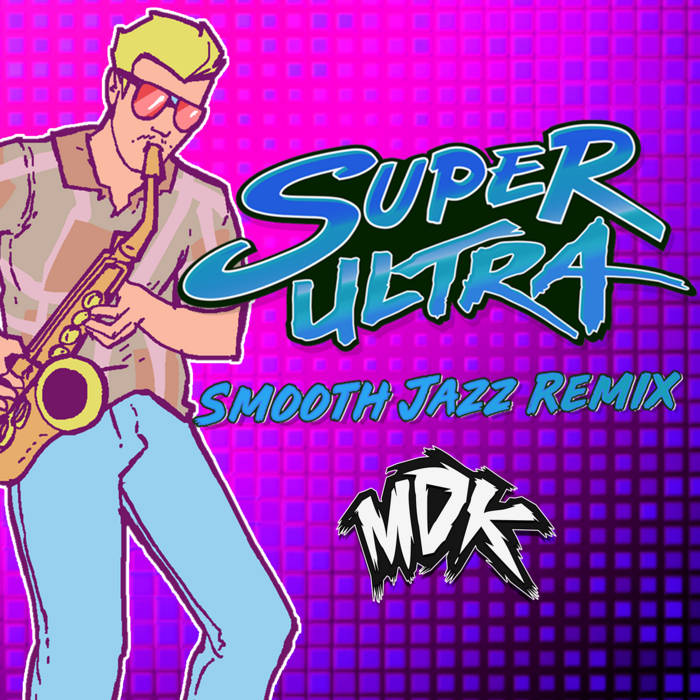 October 1, 2004. Ten years before the great Jellysplosion. Somewhere on the surface of Cadence 251 – a distant planet, and homeworld of Smooth Jazz & the Corsairs.

It had been a difficult year for the citizens of Cadence 251, to say the least. R.A.D. Jelly Supply Co, a suspiciously sinister, deep-space conglomerate, had recently discovered a wealth of gooey resources far below the planet’s surface. Refusing to take no for an answer, the uninvited guests quickly set up shop and moved into their new home. Within weeks, the entire planet was unrecognizable. The charming theaters and diners that once lined the streets had been replaced by factories and corporate offices. Gargantuan smokestacks dominated the skyline, perpetually spewing putrid plumes of pollution. The once joyful inhabitants were now a lifeless army of puppets, given the ultimatum of working for R.A.D, or having their lives completely uprooted. Smooth Jazz, like most others, had swallowed his pride and chosen the former.

“You know, things are finally starting to look up,” the not-quite-moustached musician thought out loud with an enthusiastic gleam in his eyes. He placed his trusty saxophone inside of its well-worn case and tightly shut the clasp. “This is my second time playing at The Crusty Trumpet this month! I mean, they’re paying me in cases of Super Ultra instead of money, but now I know to actually READ the contract before signing.”

The Crusty Trumpet was one of the few venues still standing, probably due to the fact that not many people actually wanted to spend time inside. It had an ambiance that was very much an “acquired taste”, but now more than ever Smooth Jazz took solace inside its crumbling, dilapidated walls. As the world rapidly transformed around him, it was comforting to have one small piece of the past still remain. In the real world, he was just another faceless grunt working at the R.A.D. Gigafactory. But inside of the run-down club, he was a D-List celebrity in the making.

Exiting the building through the back entrance, Smooth Jazz made his way into the alley behind. He paused for a minute to gaze up at the stars, happy to escape the sickening scent of cheap alcohol and even cheaper food. The fuzz bumper that lined his upper lip glimmered majestically in the moonlight as he continued his increasingly narcissistic monologue.

“The crowd’s even starting to buy into this whole ‘I’m a badass rebel who’s been to prison’ façade. Can you believe it?? Me? A CRIMINAL?” he laughed, motioning with his saxophone case. “The only thing I’m guilty of is SAXual assault.”

With a strong air of cockiness, Smooth Jazz paused and looked around for someone to compliment his poor attempt at humor. Unfortunately, much to his dismay, his fanbase wasn’t growing as quickly as his ego and there was nothing but a lonely silence to applaud his efforts.

“One day..”, sighed the goofy brass-blower as he pulled a cigarette from his front pocket and lit the end. He raised it to his lips, drawing the smoke deep into his lungs while continuing to fantasize about where his career might eventually take him. “Waking up on a new planet every day, thousands of screaming fans all chanting my name, ahh that’d be the li—"

“You know those things will kill you, right?” A stern voice pierced the silence of the night, interrupting Smooth Jazz’ conceited train of thought and quickly snapping the musician back to reality. Turning around, he saw a peculiar-looking man walking through the alley towards him.

“What are you, a doctor?” barked the aggravated artiste, embarrassed that this was his sole interaction with an audience member that night.

“Well, actually...” started the man, as he held out his hand, a business card resting between his thumb and index finger. Intrigued by the peculiar gesture, Smooth Jazz took the card and glanced down to see who he was speaking to.