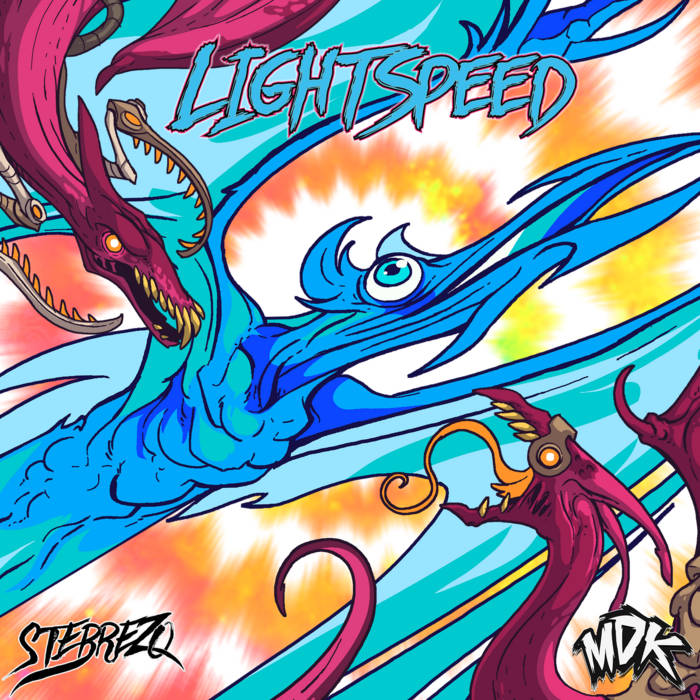 The Warrior of Wubstep looked over his shoulder in horror, watching the final moments of his beloved, gelatinous home come to an end. As he sprinted through the Jelly Castle’s front gate the ground beneath his feet began to buckle and twist – a reaction from deep below the planet’s surface where the Phoenix continued to absorb the castle’s life force.

“Retreat!” screamed the warrior, gesturing wildly at townsfolk and soldiers alike. “Get away from the castle, the guardian is free! RUN!”.

The ground heaved once more as the final warning left his mouth, knocking the terrified hero off his feet. As he tumbled through the air a spiderweb of cracks appeared on the ground below, starting at the base of the castle and continuing far into the streets of the surrounding town. An awful, grating noise filled the air as the cracks began to widen and the ground pulled itself apart, forming a colossal fissure that split the kingdom in two.

The tremors subsided and a vibrant, orange light began to radiate from inside the chasm. Weapons clattered to the ground as the opposing forces abandoned their fight, scrambling to find the nearest source of cover. An eerie stillness overtook the battlefield as both man and beast cowered in fear, shielding their eyes from the light while bracing for whatever hell was about to be unleashed.

The castle began to quiver as the last ounce of gooey life force was drained from its walls. At long last, the squishy citadel gave way, exploding into a barrage of molten green goo. A powerful shockwave accompanied the blast, leveling nearby buildings while violently ripping across the war-torn terrain.

The guardian of the Jelly Castle announced its arrival to the battlefield with a deafening scream, accompanied by the sharp sound of talons scraping against bedrock as the Phoenix clawed its way out of the smoking crater. Reaching the surface, the great bird reared back triumphantly, flexing every fiber of muscle in its body while shaking a layer of soot-covered sludge from its feathers. Letting out another bone-chilling cry, it unfurled its wings and majestically took to the skies. Pillars of flame billowed outward with each flap of the firebird’s wings, hot enough to scorch the heavens themselves.

The allied forces charged forward into the demonic invaders, morale renewed by the presence of their guardian. Steel clashed against scales as they pressed onward. The firebird led the assault, its burning talons slicing through both flesh and armor with ease as it decimated countless waves of enemy attackers. However, as ferocious as this second wind was, the soldiers of the Jelly Empire found themselves vastly outnumbered. Despite their valiant efforts, this was almost certainly a losing battle.

Without hesitation, the Phoenix began to ascend higher into the sky. There was only one way to stop the onslaught and there wasn’t a moment to waste. A bright blue aura engulfed its body as it climbed higher, limbs writhing with power. Its eyes widened, grotesquely bulging out of its skull while it spun around in midair to face the battle raging below.

“TAKE COVER!” yelled the Warrior of Wubstep, diving behind a nearby boulder. The expression on his face was a combination of bewilderment and sheer terror, as he watched the devastating, aerial assault rain down from above.

Brilliant, blue flames erupted relentlessly from the Phoenix’s wings, engulfing everything in their path. The crackle of magical fire was all that could be heard as both friend and foe were instantly incinerated. A harsh price to pay, but necessary nonetheless. The cruelty of the enemy force knew no bounds, and with their numbers vastly superior to the soldiers of the Jelly Empire – how much longer could they possibly have held out against such a relentless siege?

And then – nothing. The eye of the hurricane, as though time itself was standing still.

A nightmarish screech shattered the brief moment of silence. The skies reddened and disgustingly devilish creatures began to appear on the horizon. Tattered, rotten wings filled the sky, their orange eyes glowing as bright as the hellfire burning inside their soul. One thing was absolutely certain: these were not allies.

Faster than light itself, the Phoenix raced towards the airborne monstrosities. In a blinding flash of flame and talons, two of the beasts fell, plummeting towards the ground beneath them. But for every beast slain, two more were there to take its place. The tide of battle had once again chosen to favor the invaders. If the kingdom was to be saved, reinforcements were desperately needed.

Shedding a single tear, the Phoenix quickly altered its course. Veering straight up towards the clouds, it breached the planet’s atmosphere.