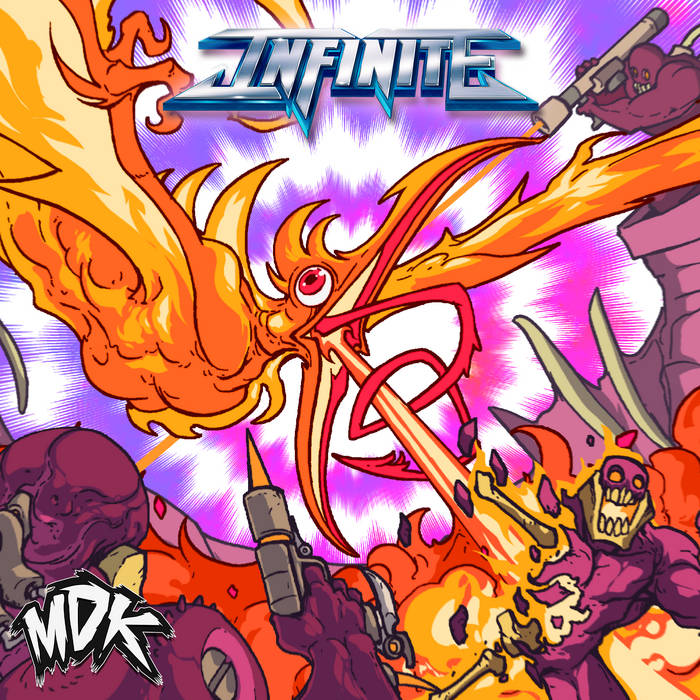 In the corridors deep beneath the Jelly Castle, The Warrior of Wubstep's frantic cry reverberated loudly. The battle raging on the surface was going to end soon, and judging by the size of the invading army it certainly wasn’t going to be in favor of the defenders. With his heart racing and lungs burning the warrior gritted his teeth and pushed onward. There was only one way to survive this demonic onslaught.

As he reached the innermost chamber, the out-of-breath hero grasped the bars of the colossal cage that stood before him. Housed inside was a tall, stone pedestal, with a glowing mass of feathers perched on top. Colored vibrant shades of red, orange, and yellow, the strange feathers were pulsating rhythmically, as though they were the heart of the castle itself.

The sound of approaching footsteps grew louder, and the warrior knew his enemies weren’t far behind. Shaking from a mixture of adrenaline and fear, he pounded his fist on the enclosure and called out once more. “Please, wake up! We need you!”

The feathers began to violently tremble as the last echo of the warrior’s cry faded away. Without warning, a long, sinewy neck shot outward, and a razor-sharp beak viciously struck the cage. Stumbling backward, the frightened hero gasped as he found himself face to face with the legendary guardian of the Jelly Castle; The Phoenix.

Furious to have been awakened from its slumber, The Firebird lashed out once again, rattling the bars of the cage. It locked eyes with the Warrior and let out a ferocious screech, demanding an explanation for the disturbance.

An ominous feeling suddenly overtook the warrior, though it didn’t stem from the angry guardian. Turning around, he shuddered in fear as a ghastly silhouette appeared in the doorway. Stepping forward into the light it revealed its grotesque, true form: slimy, purple scales adorned with metal plating; barbed spikes bolted directly onto its bones. Just what was this monstrosity?

With a tongue as long as it was disgusting, the creature licked its lips and began to creep forward. The Warrior of Wubstep nervously drew his blade, moving in to intercept the monster. His gaze caught that of the Phoenix once more, and while no words were spoken the Phoenix’s expression immediately softened in understanding.

As the carcass of the creature fell to the ground, the warrior hastened to flee the chamber and return to the surface. Seeking shelter on a battlefield might seem unwise, but if the legends were true: being anywhere near this room when the guardian reached its full potential would certainly mean death.

Standing tall on the pedestal, the Phoenix unfurled its long-dormant wings. Its limbs trembled as it began to absorb the lifeforce of the Jelly Castle, and a whirlwind of fire began to encircle it from head to talon. The glow from the firebird’s plumage grew unbearably bright, as though its entire body was set ablaze. Flapping its mighty wings, it reared back and let out one final, bloodcurdling scream.