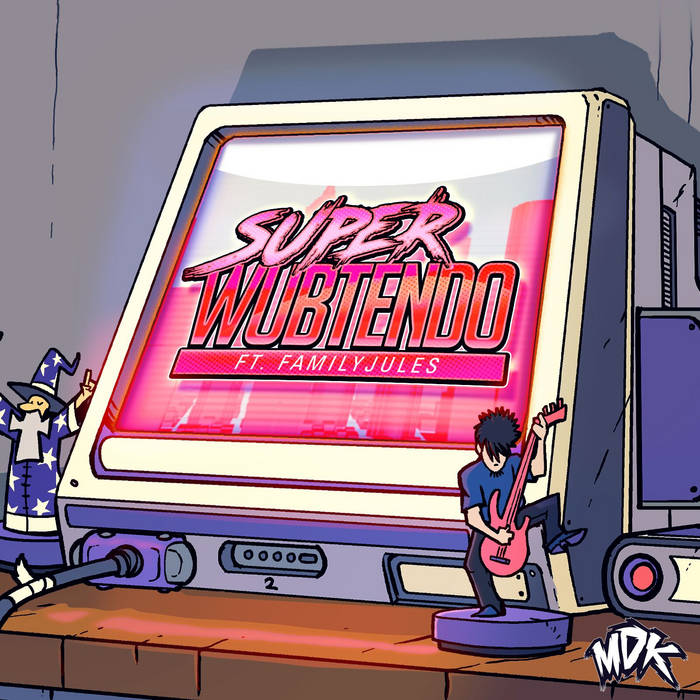 As the walls of Dumbledalf’s dingy, little, dwelling echoed with the off-key chime of his doorbell, a loud, metallic voice thundered through the cracks in the closed front door.

*HELLO, THIS IS WUBAZON DISTRO-BOT #80085 – I HAVE [ONE] PACKAGES TO DELIVER TO THIS ADDRESS. REQUESTING PERMISSION TO ENTER*

The sudden noise jolted Dumbledalf awake, rudely interrupting his third nap of the day. “Well it’s about time you showed up” grumbled the ever-enraged enchanter. “Same-minute delivery, my ass…I ordered this thing over an hour ago!”

A disgusting belch erupted from the repugnant wizard’s mouth as he struggled to sit up in his oversized armchair. It was a grotesque, gastral grenade that reeked of Super Ultra, expired Mystery-Meat-Monday Burritos from Tacos ‘R Us, and just the slightest hint of Dumbledalf’s special “tobacco”. Worse yet, the aforementioned aroma was acutely accentuated by another foul-smelling funk, fleetly flowing from the swampy depths of the wizard’s crust-covered robe.

With the grace of a cross-eyed Corsair, the odorous occultist clambered to his feet then opened the front door to greet the drone.

Built to be more efficient than aesthetically pleasing, The Distro-Bot was quite simple in design. A floating, metal sphere adorned only with a small speaker and a rather comical-looking antenna. A bulky camera lens protruded awkwardly from the center of the bot’s body, through which it was able to scan and confirm the identity of recipients. As Dumbledalf’s silhouette appeared in the doorway, the lens’ shutter opened wide, and a glowing, green light shrouded the wizard.

“There’s umm…nobody here by that name” the old wizard quickly interrupted. His face had gone a bright shade of crimson and his gaze was locked to the floor.

“No, no, wait just a minute,” said Dumbledalf hurriedly. “Now that I think about it, Tiffanelope is my umm…second…cousin’s…mother…in law…’s sister. You can just leave the package with me; I’ll be sure to pass it on next time I see her!”

*NEGATIVE. PACKAGE MUST BE DELIVERED TO ADDRESSED RECIPIENT. PLEASE CONFIRM IDENTITY: ARE YOU TIFFANELOPE H. DUMBLEDALF--*

“ARGH, if I confirm it will you stop blabbering that name to the entire universe?”, demanded Dumbledalf as he looked around worriedly, checking that nobody was within earshot. Fortunately, one major perk of the mountain-top-hermit lifestyle was a serious lack of nosey neighbors. It also came with crippling loneliness, a thirteen-hour walk to the nearest grocery store, and atrocious TV reception, but hey – at least he didn’t have to worry about making small talk.

“…okay fine. THAT’S RIGHT. That’s MY parcel. MY name is TIFFANELOPE. Laugh it up, you useless pile of scrap metal!”

*IDENTITY CONFIRMED. THANK YOU, [TIFFANELOPE], YOU ARE OUR VALUED CUSTOMER! HERE IS YOUR PACKAGE. TRANSACTION IS NOW COMPLETE. WOULD YOU LIKE A RECEIPT?*

Reaching for a nearby umbrella, a furious Dumbledalf struck out at the long-winded drone, knocking it askew. “You said you would stop saying it!”

*[TIFFANELOPE], YOU HAVE SELECTED [YES]. IS THIS CORRECT?*

“ARGHHH! GET! OUT! OF! MY! HOUSE!” screamed Dumbledalf, punctuating each word with a whack of the umbrella. With one final smack, he knocked the Wubazon drone out the front door and slammed it shut.

*YOUR FEEDBACK IS NOT IMPORTANT TO US. HAVE A NICE DAY*

“Friggin’ robots” snarled Dumbledalf as he made his way back into the living room. Tearing into his latest impulse-buy-of-the-day, the words “SUPER WUBTENDO – VIDEO GAME CONSOLE” were revealed on the box inside. The Super Wubtendo was the latest fad with the younger generation, so naturally Dumbledalf had decided he absolutely needed one of his own. “Finally, it’s WUBTENDO TIME!” cackled the juvenile wizard, with a huge smile plastered on his face.

Without warning, the light began to disappear from the room as the skies outside started to darken. The many magical knickknacks scattered throughout the old wizard’s hut began to rattle and shake as the heinous chanting of thousands of voices echoed loudly across the crimson skies.

“No, no, no, no, NOOO!” screamed the old Wizard, as he sprang out of his recliner and raced to re-open the front door. Far off in the distance, he could make out the glistening, green, shape of the Jelly Castle. Much to his dismay, it was surrounded on all sides by a horde of demonic monsters.

“The one night I have off this month, and the planet gets invaded by an army of angry jazz musicians? What’s next?? Is the guardian of the Jelly Castle going t—”